I write songs because of the power they have to move, to challenge, to create empathy and to tell stories; the way they bring people together with the common goal of sharing those few minutes between the first note and the last. It is such a wonderfully rewarding experience to begin the process with just a few words or a fragment of melody and end with the sound of human voices singing a completed work that never previously existed.

In 2018 the Australian National Choral Association (ANCA) announced a composition competition open to all-comers from Australia. This created a wonderful opportunity for composers to write a new work and have it performed at Choralfest 2019 in Fremantle. As it happened, I won the Primary School and Children's Choir section with my song Giant of the Forest, and the West Australian Young Voices (WAYV) performed it beautifully.

Here is an insight into the process I followed when researching and writing this song, and some broader thoughts on the interdependent relationship between composer and choir.

Finding the story
The deadline for entering the competition was rapidly approaching and although I had had months to consider it, I still didn't have a topic for my song. These were the factors to consider.
• It must be suitable for primary school age children to perform.
• It should be engaging for them and for a diverse audience.
• Ideally it will reference something that is uniquely Australian.
• There must be a story to tell.

With just over a week until the due date I spotted this heading on an article on ABC News online; Tall tree Centurion passes 100-metre mark, creating milestone for Tasmanian wilderness. As I read the article and delved further into the history of this remarkable tree, the story emerged. The tree is at least five hundred years old. It has survived countless fires and, even more surprisingly, the axes and chainsaws of generations of loggers.

I chose to write the lyric in the first person, that is, from Centurion’s perspective. The tree as the storyteller.

This tree was given the name Centurion because it was the 100th of the giant trees to be identified in this region of Tasmania. The name gained even more significance when it was, as the ABC article revealed, measured at one hundred metres tall, making it the tallest flowering plant in the world and the second tallest tree. Hence, the title Giant of the Forest.

To complete the story I wanted to emphasise the cyclical nature and timelessness of these forests.

A song emerges
The next step was to bring the lyrics alive with music. In tracing Centurion’s life from a tiny seed, the music begins delicately and with a sense of vulnerability. The descending interval on the words ‘I fell’ and the sforzando markings on ‘struggling’ and ‘striving’ add to the storytelling.

In the main theme, and what will become a recurring phrase throughout the song, the tree states its identity boldly and with the surety of its place in the forest and more broadly in the natural world, ‘I am Centurion’. The phrase begins at mezzo piano and grows to forte to mimic its great stature.

Later in the song this theme is partnered by the second voice, emphasing the tree’s full title ‘Centurion, Giant of the Forest’.

In describing the regeneration of a new seed after the life of this mighty tree has ended, the melody rises as the seedling also rises to reach the light. The tonality changes from minor to major and the meter from simple to compound time, giving the accompanying music a lightness.

As the roots of the new tree search for nutrients in the soil, the music of the two parts intertwine and descend.

The song ends with a majestic restatement of the main theme.

Are we there yet?
When is a song finished? As with any creative act there is no definitive end to the process. How does a painter decide on the final brushstroke? Apart from the obvious need to meet a deadline, self-imposed or otherwise, I suppose the answer may be, ‘when the story is told’.

A song doesn’t need to have an obvious structure such as verse-chorus-verse-bridge-chorus but it does need to guide the listener through time. The key is to keep in mind that the listener has never heard it before. You may only have one chance to engage this person and to help them make sense of this collection of words and sound. A composer therefore must step away from the process of creating, in order to become a listener. This is difficult, but I try to imagine that I am hearing the music for the first time and listen not analytically, but emotionally. If it ‘feels’ right, then that to me is the true test.

Similarly, when a choir performs a work it should aim to guide the listener through this passage of time, telling the story with clarity and passion. For it is only when a choir breathes life into the words and music that the process begun by the composer is complete.

A life of its own
And so, hoping that my song was indeed ready to face the world, I sent it off to ANCA.

Since the competition, and its initial performance by the WAYV, Giant of the Forest has travelled the world. This is the wonder and the blessing of music, that it can reach so many people in so many ways. A teacher in Canada wrote, ‘Many of my students are refugees from various countries in the Middle East and it reminds them of the giant cedars and helps them to remember a happier time in their home countries.’

The song was performed by Gondwana Novus at the National Choral School 2020 Finale Concert and Young Adelaide Voices will perform the song during their upcoming European tour. In July it will be sung by 500 children at Tasmania’s Festival of Voices, accompanied by the Tasmanian Youth Orchestra.

Connecting choirs and composers
Perhaps millions of songs have been composed and sung since humans began to connect words and music. But there will always be a place for more. A chance to tell a unique story or to express an idea in a new way. Collaborations between choirs and composers can produce moments of great beauty, humour, inspiration and solidarity for both them and their audiences. Something that starts life as a tiny seed and reaches far beyond, into people’s hearts and minds, far and wide, like the branches of a mighty tree.
This article first appeared in The Australian National Choral Association's Sing Out Magazine.
Permission has been granted to publish here.
purchase scores
Digital download (PDF) - no shipping required.
Preview scores for Giant of the Forest 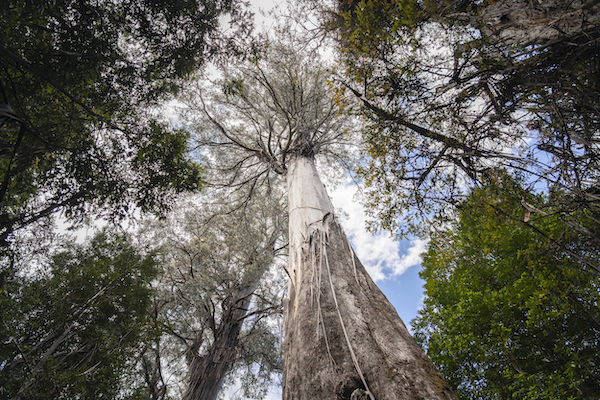 Subscribe to my newsletter and receive updates on new songs and other resources.
Choral works - SATB, SAB, SSA and SA
Bring The Light
Every Voice That Sings
Giant of the Forest
I Am The Earth
The Dance
The Gift
The Seed
There Is A Child
Travelling Song
Space Race
• Gagarin (Beyond Blue Sky)
• Space Race (To Every Question)
• The Children of the World (July 1969)
• Apollo 11 (Homecoming)
Member of…